If you are looking for Eng VS Aus Dream11 Prediction for Today’s Match then you are at the correct place. The final match of the 3 matches England Vs Australia series will take place on 16 September 2020 at Old Trafford stadium in Manchester, England.

The series is leveled 1:1 as both the teams have won one game each. The first match was won by Australia and the second match was won by England. As both teams have one match each, the final match has become the decider. It is going to be an interesting as well as an amazing game to watch. So let’s go through the details of Eng VS Aus Dream11 Prediction for Today’s Match

The first two ODIs were also played at this ground. Both the game were quite low scoring games as it was difficult for batsmen to score runs freely. today a fresh pitch will be used for thhe match and it is expected that the pitch will favor the run scorers.

However the English weather is always good for the bowlers so it is going to be a great contest between bat and ball.

The following players are recommended best for making them Captain or Vice-Captain for the Dream11 team:

It has been an amazing competitive series with both teams fighting hard to win matches. The bowlers from both the team have dominated the show but it is expected that in the 3rd ODI it is going to be otherwise. Batsmen like Warner, Joe Root, Eoin Morgan, Smith and others who were not able to score runs in the opening matches, it is going to be a great opportunity for them to gain some confidence before heading over to IPL.

India will Host the Next Cricket World Cup in 2023

Why Virat Kohli is Considered as Next Master Blaster

Ultimate Guide to Buy a Cricket Bat in 2019 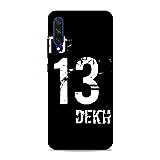 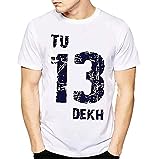